The impact of greenhouse gas (GHG) emissions on Asia’s weather and climate resulted in an estimated $50 billion economic loss between 2010 and 2019. Presently, up to 1 billion of Asia’s population are highly vulnerable to the negative effects of climate pollution, including cancer. Yet, Asia’s tax regulations on carbon dioxide emissions could be improved.

A major portion of Asia’s industrial production relies on carbon-fueled machines and carbon-intensive processes, resulting in worsening climate conditions through the emission of particulate matter and carbon dioxide. Six of the ten most polluted cities in the world are Asian cities, highlighting the deplorable state of Asia’s climate.

Japan, Korea, China, and Singapore are some countries adopting fiscal policies to address the challenges of climate change. Japan has set a zero-carbon goal for 2050, while China has a similar goal set for 2060. How can the government further help?

Carbon taxes are a trusted way to minimise greenhouse gas emissions. A carbon tax affects the consumption rate of carbon-derived fuels for industrial and communal processes. With carbon taxes, the government tasks individuals and companies with the use, production, and distribution of carbon fuels. This decreases the rate of carbon emissions, restrains air pollution, and limits health hazards due to the deteriorating climate.

However, it is critical to implement carbon taxes across several Asian countries. A flat carbon tax rate would affect low-income developing countries such as Mongolia more than it affects the economy of India. Also, countries whose workers depend on energy sector jobs – for instance, coal miners or plant operators – may have to develop new opportunities to compensate for a massive layoff of work opportunities in the industrial sector.

South Asia is warming up to the carbon tax initiative to check carbon emissions. Bangladesh’s economy leans on coastal advancements rather than coal-powered processes. Bhutan has achieved a carbon-neutral state (zero carbon dioxide emissions), and Nepal has committed to afforestation practises to reduce up to 40% of its carbon dioxide emission rates.

Despite this, several Asian countries are reluctant to adopt carbon taxes or trading schemes. About 50% of national emissions are covered by carbon trading, with exemptions for emissions due to automobiles and residential buildings. These exemptions are reasonable for low-income countries as well as small island nations spread across Asia.

Different economies must consider climate change while pushing for urban development. Carbon taxes would reduce the rate of carbon consumption and, subsequently, emissions. However, anticipating drastic environmental changes due to climate action and preparing for such changes through resilient infrastructure and clean industrial processes will aid adaptation to the damage of climate change.

Countries, too, should reduce deforestation habits. Nations encouraging tree planting programmes enjoy better air quality due to reduced atmospheric carbon dioxide. We are committed to tree planting initiatives for individuals and companies at Rooted, promoting a clean environment through afforestation. 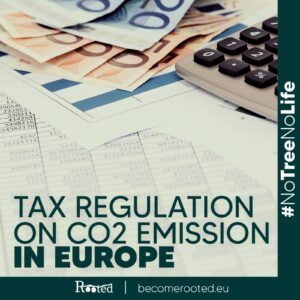